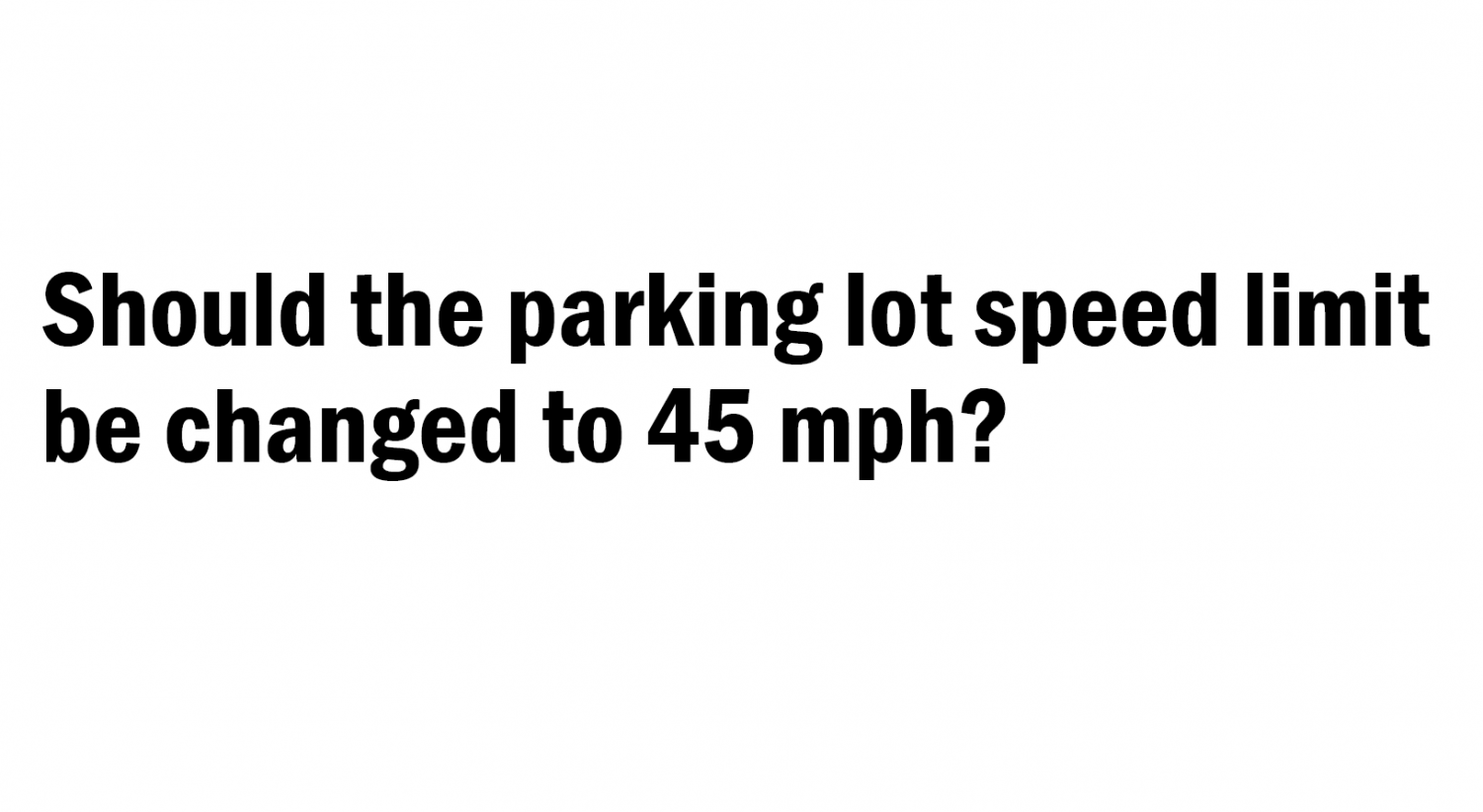 Recently, a group of students have filed a proposal to Superintendent Ron Thiele petitioning to have the current extremely dangerous 10 mph limit raised to a much more reasonable 45 mph.
It’s a little known technicality that the state-required 20 mph speed limit for school zones is shaped like a doughnut, applying to a broad circle outside of the school, but not the school and parking lot itself.
The proposal also outlines steps that would make Liberty’s parking lot more “speed-friendly,” including replacing the current speed bumps with small jumps so that vehicles could go over the crosswalk rather than having to stop for pedestrians.
The students who submitted the proposal argue that it would increase efficiency, such as allowing people to quickly drive to their classes in the portables rather than walking.

What Liberty students think about the change 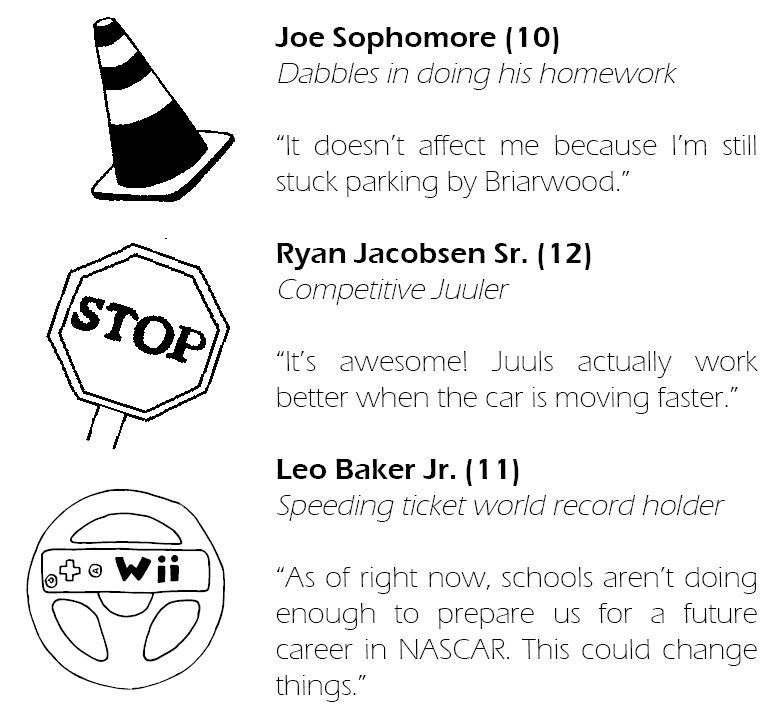 “I don’t believe that changing the speed limit would make the parking lot any safer. In fact, It’d be the opposite! The school district won’t give us any extra money to reduce class sizes, so this is really our best option to provide a great education to those who survive,” Math teacher Kangie Ruzich said.

The facts don’t care about your feelings. Or expectations. Or “common sense.” Thorough investigation by the Backpage Investigative Bureau (BIB) has discovered that the Issaquah School District has been putting their students’ safety at risk in opposition to irrefutable statistical evidence.
Over 60,000 Americans per year are injured in “traditional, safe” parking lots with speed limits of 5-10 miles per hour. And yet, there were zero recorded crashes, injuries, or fatalities in parking lots with a speed limit of 45 miles per hour.

You do the math.