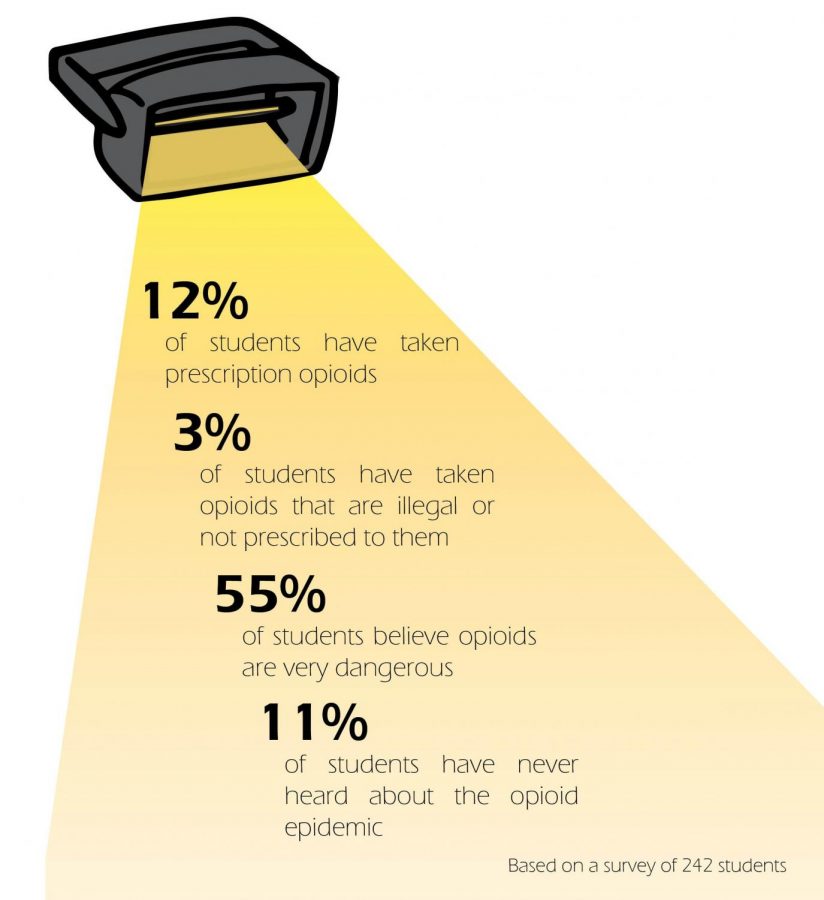 “Addiction is a family killer, in a sense. With addiction, there are lies, and lies tear families apart.”
Senior Martha Andrews* knows this firsthand. Her dad has struggled with addiction her whole life, slipping in and out of sobriety, changing the dynamic of her family forever.
The hardest part for Andrews, however, is knowing that a few bad choices in high school kickstarted her dad’s addiction and ongoing battle.
“My dad went to a few parties in high school, but he never thought anything of it,” Andrews said. “It was a slow progression from alcohol—your classic red Solo cup—to marijuana, and then other painkillers and opioids.”
After going to rehabilitation for opioid addiction, he remained sober for a long stretch of time. However, after he was prescribed pain medication, everything went downhill.
“He got hooked to the pain pills and lost his sobriety,” Andrews said. “He stayed away from alcohol, and he’s sober now, but for a while, there was a struggle.”
Watching her father’s addiction come in waves, Andrews felt firsthand the repercussions of living with addiction.
“It took a toll on my dad because he lost a lot of loved ones,” Andrews said. “It made a severe impact on my family.”
Opioid addiction, for Andrews, is not just about the addicted individual. The family, friends, and community around her dad, including herself, changed irrevocably. Her parent’as rocky relationship caused her to change her views of the people around her.
“My dad’s addiction has shaped who I surround myself with,” Andrews said.
She’s gotten better at picking up on the signs of addiction, hoping to prevent her friends from following in her dad’s footsteps.
“It’s things like drinking alone, or feeling the need to be in a situation like a party where there’s alcohol and drugs,” Andrews said. “Or surrounding themselves with a group of friends, but always with other substances.”
She believes most students still don’t know enough.
“In high school there’s a lot of parties,” Andrews said, “but people don’t realize that what they’re taking could lead to something so much more destructive.”