Editor’s pick: best and worst albums of the decade

It is hard to be objective in art, especially music, because everyone has a different taste. When it comes to good albums and bad albums, arguments often break out. But there’s a difference with great albums and terrible albums: an instant classic is always incredible, and the worst songs can sound like nails on a chalkboard. With that said, here are Beat’s picks for best and worst albums of the decade. 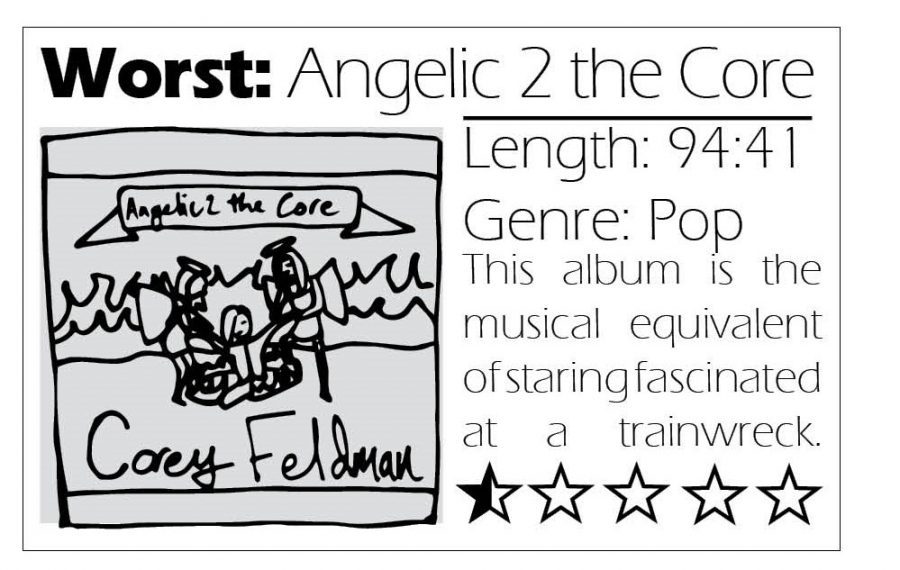 In order to talk about Corey Feldman’s Angelic 2 the Core: Angelic Funkadelic/Angelic Rockadelic (and yes, that is the album’s full title), one must first understand Corey Feldman. He was a child actor in the 1980’s, and has been releasing albums sporadically since 1992, with little success. Angelic 2 the Core, his most recent foray into music, is a confusing, embarrassing mess that fits only the barest definition of music.
The first, and most notable mistake on this album, is the sheer length of it. Clocking in at over an hour and a half long, there isn’t a single song that I can say anything good about. Most tracks sound as if they were written in ten minutes, with half the time dedicated to writing nonsensical lyrics and the other half dedicated to choosing a few drum beats or synth patches from a free music library. It’s not possible to single any song out, since the strangeness is so consistent throughout.
Some songs have “skits” in them. These are spoken portions that are frequently made to sound as if they are from Charlie’s Angels. While I understand that these were supposed to be funny, they come off as uncomfortable at best and creepy at worst. I do not want to hear a former child actor say “lickety-splicky.” I think he is trying to say “Lickety-Splickety,” the title of a track, which is a butchering of the phrase “lickety-split.” For the record, this isn’t even the most surreal moment on the album.
This album is a must listen for anyone who wants to make music or even listen to music—in some ways, Angelic 2 the Core is a wonderful display of what not to do in music. It is hilarious, will drive you insane, and as truly horrendous as it is, I love it. If any single album fits the definition of “so bad it’s good,” it is this one.

To Pimp a Butterfly 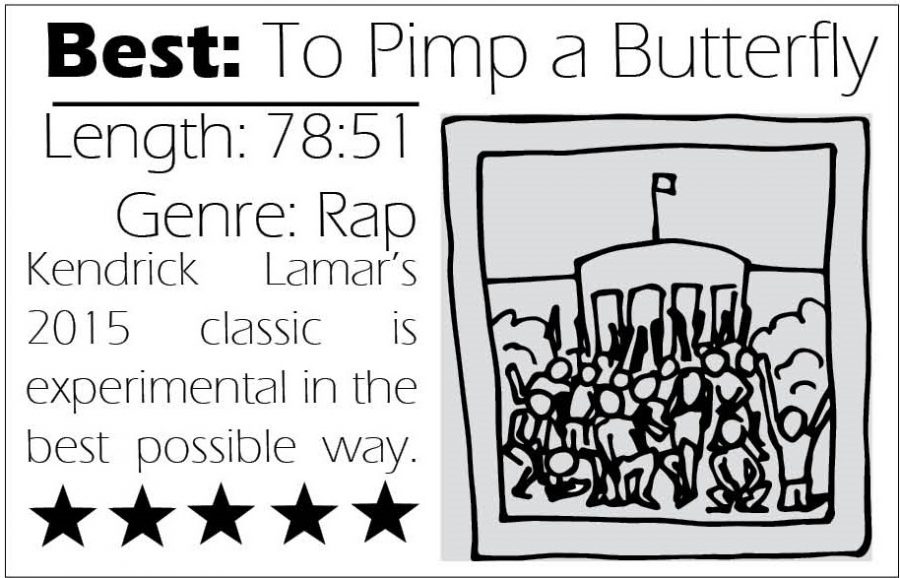 Writing music is a difficult task, and that’s without trying to make it sound good or meaningful. Despite that, Kendrick Lamar managed to pull off this task with ease. Releasing the legendary To Pimp a Butterfly in 2015 to near-perfect scores, it’s no wonder that considered one of the best albums of all time, not just of the decade.
The 2010s were filled with boundary breaking mainstream music, and To Pimp a Butterfly is easily the best coming from the trend of thoughtfulness. Every song is filled with intelligent critism of society, discussing—amongst other concepts—racism and mental illness. Though many other albums cover these, none are as cohesive as what Lamar produced.
This cohesion is quite an incredible feat, considering how genre-bending the album gets. Though it’s certainly a rap album, songs frequently feature soul, funk, and jazz instead of opting for simpler beats. “For Free?”, for example, has intense jazz piano and drums lines under the vocals, such that the instrumental could be likened to John Coltrane’s avant-garde jazz.
So much is discussed that it’s difficult to describe the album as a whole. I could point out the morbidity found in some tracks like “u,” but I feel nothing in To Pimp a Butterfly compares in substance to “Mortal Man,” in which Lamar looks for guidance by speaking with an interview of the late Tupac Shakur.
The album is simply so dense, from the music to the themes, that it demands the listener’s full attention. Lamar has said that he intended for To Pimp a Butterfly to be analyzed at an academic level, and I’d highly suggest giving it a listen and seeing how impactful it is.