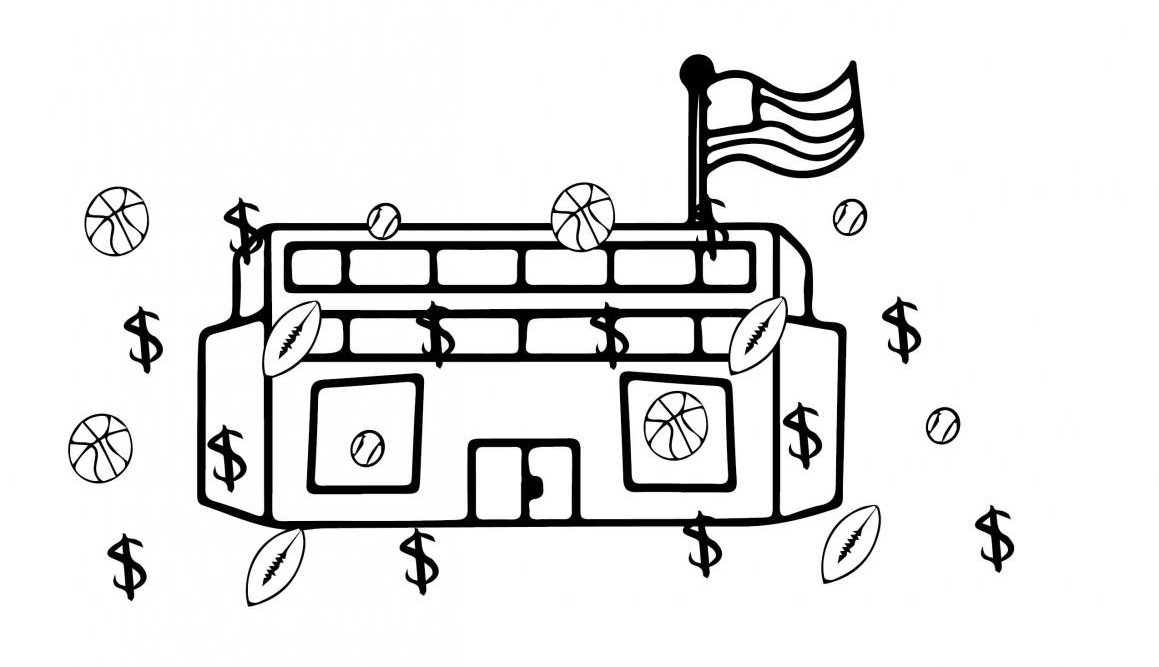 Academics versus athletics: should college athletes be paid?

They put blood, sweat, and tears into their sports and are compensated through scholarships for their skills. But is this enough for college athletes, or should they get paid as well? Athletes do not see any of the money the National Collegiate Athletic Association (NCAA) makes on them. However, they are essentially being paid with scholarships from their schools.
California passed a law this past September that will allow athletes to accept endorsements, but the NCAA fired back, saying this was unconstitutional. The law would allow companies such as Nike and Gatorade to pay college athletes for their name, image, and likeness.
“If you want to be a professional athlete, you have to renounce your amateur status,” former D1 basketball athlete and science teacher Kaela Yuen said.
Currently, an athlete who accepts endorsements will be classified as a professional athlete and therefore cannot retain amateur status. That athlete would not be allowed to compete at a college level.
“Maybe college sports shouldn’t be considered amateur sports anymore. It is a billion dollar industry,” former D3 football athlete and social studeies teacher Cameron Talley said.
Is it really the best idea to let them achieve a professional status yet compete at an amateur level?
“There are more cons to paying athletes than not paying athletes,” former D1 gymnast and math teacher Kristi Hafferty said.

In the world of sports there is a natural hierarchy where football and basketball are favored and therefore paid more than others. Football is favored due to it being an American sport. Basketball is favored because it is played at a high intensity. The inclusion of pay for college athletes would only enhance this separation.
“Male athletes in male sports get more coverage and more publicity,” Yuen said. “They are the ones pushing and arguing for getting paid, not the female athletes.”

Not only would more males be paid, but those endorsed by brands would be the athletes who would go on to have a professional career and make a large amount of money further down the road.
“We are a capitalistic society, so some programs will gain more revenue than others. Those who bring in the revenue should be the ones compensated,” former D1 basketball athlete and athletic director Danielle Zelinski said.
The majority of money will go to the televised athletes, because those are the most known college athletes. So, college football and men’s basketball will most likely reap the majority of the benefits.
Another point to consider is that there are swim and dive and gymnastics athletes that are in their prime at the college level. If they want to compete at the college level they cannot take endorsements of any kind that could secure them for life

College athletes are called college athletes for a reason. They use their athletic skills to help afford college through scholarships and recruitment. Putting a heavier focus onto the athletic portion of this may take away the academic part.
“It takes away the value of a college education. The whole idea of being a college athlete is that you are a student athlete,” Yuen said.
Some critics fear that allowing endorsements for college athletes would increase pre-existing academic fraud and favor athleticism over academia in the college setting.

“It may take away the integrity of college athletics and the purity,” former NWAACC soccer player and P.E. teacher Darren Tremblay said. “Academics should come first and this idea taints that.”
By focusing more on endorsements for these college athletes, it would allow for more academic fraud due to the heavier focus colleges would put onto their athletic programs.
“There is already so much pressure to get to that next level, so when you start opening these doors, it may increase academic fraud and increase the question of if you are already being paid why do you have to go to school?” Yuen said.

The main question of this argument is if scholarships are enough money for college athletes.
“College athletes are already essentially being paid,” D1 soccer athlete and P.E. teacher Kelsey Foote said. “When I played for Gonzaga, I didn’t have to pay for tuition, books, food, or housing because I had a full ride. Everything that an ordinary college student had to pay for, I didn’t , because I was also an athlete.”
Athletes receive scholarships of varying amounts because of their athletic abilities but none of the money they receive is from the NCAA.
“All these organizations and people are getting millions of dollars and the kids are getting tuition, room and board, which is great, but they should get more,” Zelinski said.


41% want to play sports in college

After a successful spring season, Liberty athletes participate in post-season events with many moving on to compete in districts and for state. Their ...

Liberty lacrosse has got it handled

They’ve slid past Liberty’s radar for years, but the Liberty Lacrosse Club is making a name for itself this season. Although it is not a school...

Currently ranked as one of the best teams in KingCo 3A and on track to compete in the championship game, Liberty's very own boys’ vars...

While most teens dabble in sports commonly offered through their school, sophomore Lily Pahl finds that rowing is more her speed. Pahl, a sophomore he...

PE credits are more nuisance than requirement. You do need 1.5, but you’re forced to complete a year of PE freshman year, which means you need only ...

Fútbol or Football? MLS vs. NFL

Fútbol? Football? What’s the difference? Soccer, or fútbol, is a game that anybody around the world can play, regardless of class or background. T... 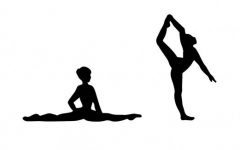 Flexibility: the most important trait of a dynamic athlete

Water: it makes up most of our bodies, but do we drink enough of it? I carry a water bottle around on a daily basis, but I still find myself strugglin...

The art of being a multi-sport athlete

Imagine getting done with your school day at 2:16, heading straight to the track and field meet, sweating it out in the heat through the evening, high...