Our school year has had about the same schedule for decades: a winter break for holidays, sporadic three day weekends and one week breaks throughout spring, and a long summer break separating school years. Over those decades, our school days have changed. New technologies have been introduced, new subjects integrated, different changes tinkered with. Why have we never thought to change the overarching school year?

The most stressful month of school isn’t January, with all it’s finals, or May, with all of its AP tests – it’s March, the one month per each school year where students have no days off. The period of school without break extends from the end of midwinter break in February to the start of Spring Break in the middle of April, a full 7 weeks without even a three day weekend. Why do we get a week-long break in February, but not in March? It’s a seemingly unsolvable situation, because if we were to just add a week-long break in March, school would not only continue until the start of July, but we’d have one less week to prepare for AP tests. However, the problem isn’t completely without an answer:
What if, instead of having these random breaks scattered throughout the year, we had a more normalized schedule? Instead of 1 two-week winter break, 2 one-week breaks in the spring, 1 ten-week summer break, and a variety of three day weekends, we could make each month approximately the same. The school year would start in the third week of July and take off one week in each consecutive month until May, when summer break started.
Summer break would last for 7 weeks and winter break, midwinter break, and spring break would all be conserved. With this plan, highlighted on both sides of the page, we would take one week breaks for 11 months and take off all of July for a total of 36 weeks, or 180 days. The longest stretch of school would be the final 5 weeks of school, and with ¼ of each month off, the odds of students missing classes for illness or travel would reduce considerably. At the same time, students would have one full week a month to complete any projects assigned to them, and they’d be at less risk of forgetting information over an extremely long break.
Now, this schedule might sound a bit extreme. School starting in late July and not ending until late May? What happened to a relaxing summer break? What you have to remember when you’re considering this is that, with the exception of July (which is completely off), you get one full week of school off each month. One. Full. Week.

Why do we have midwinter break?

Unlike summer, winter, and spring break, midwinter break isn’t recognized across all school districts. In Washington State alone, only 26 percent of school districts have a full week off in February.
The spottiness of the break across different districts is mostly due to its recency; midwinter break first came into use in the 1970s because of an energy crisis. To save money on gas for buses and heat for schools, some schools turned to a break in February. Over time, the four or five-day weekends around President’s Day transformed into a full week off, giving teachers an extra break in the middle of the longest stretch of school.
At the same time, schools gained the added benefit of disrupting illnesses spreading during the cold winter months. While the original need for a February break has long since passed, the break itself has continued.

Every year, students from across the country take approximately 10 weeks off of school at one time: two weeks of June and all of July and August. Over the course of those 10 weeks, we not only aren’t learning, we’re actually forgetting some of the content from the previous year. And while it can be relaxing to forget everything you’ve learned for a while, this break causes wasted time to stack up. At the beginning of each school year, in addition to the time lost during summer break, teachers have to take time to bring students back up to speed on the curriculum they’ve forgotten before moving on to new material.
So the problem with summer break is that students forget content and don’t necessarily learn anything new. What are the benefits of the break? Well, for a lot of high schoolers, the summer provides a perfect window to get a job or an internship. They can earn money, gain experience in fields they’re interested in, take part in sports tournaments, or even travel across the world. Without summer break, jobs must be balanced with a schedule full of school and homework, internships become implausible, sports are relegated to nights already crammed with other commitments, and travel means missing school.
Our summer break is too long. The more we can shorten it, the more information we’ll be able to retain from school. A shorter break will result in less reteaching and the ability to learn more new content. At the same time, there’s value to be placed in gaining meaningful experiences as a teenager. We deserve a longer break than the two week winter break to explore activities outside of school. My compromise is a six week summer break. The time period still allows for month-long programs and allows students to reset for a new school year with new classes, but the four week reduction will mitigate the amount of information students lose over the break. 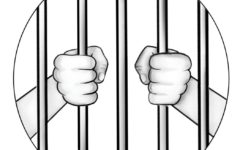 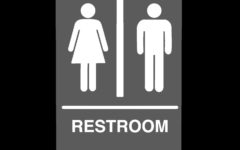 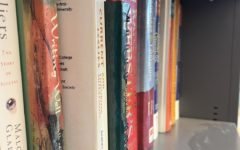 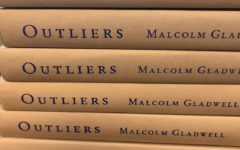