The value in Valedictorian

“Grades and GPA should not define a person. When you introduce class ranks, you promote competition and make people feel self-conscious.” — Rachel Matteson (Staff Writer)

In high school, students are under an immense amount of pressure. We have pressure from our parents, teachers, and even peers to succeed. Having a numerical ranking system puts students against one another, creating competition to see who can have a higher rank. Suddenly, students start comparing themselves to each other, creating a very toxic environment which can lead to feelings of anxiety and depression. A ranking system can also be a route for parents to place more pressure on their kids, as there is suddenly a measure of their child’s academic ability. As a society, we should not encourage harmful competition, but rather stop it.

However, many point out that rankings do not create competition; rather, it stems from the natural rivalry of high school. Rankings might make competition worse, but eliminating rankings will not eliminate competition, as shown by Liberty’s history. Even though Liberty long-ago abolished rankings, competition between students is still very-much alive. Additionally, many people point out that there is such a thing as healthy competition: the battle for higher grades can push students to achieve their full potential and learn more from a class.

Do rankings have a purpose?

“A lot of schools, particularly those that are competitive, want to see that you are pushing yourself regardless of the opportunities you were given. Class rank is a way to measure that.” — Ben Royce (Senior Writer)

The vast majority of college applications or scholarship applications ask students to provide their rank when they apply. Currently, Liberty students have been putting down N/A to any question asking about rank, which can hurt their chances of getting into the school or getting the scholarship. Many programs require students to be at a certain place in their class (i.e., top 10%), and without a ranking, Liberty students may become ineligible. Additionally, rankings help colleges determine how much a student was able to accomplish given the opportunities that they had (the school they attend). Of course, rankings do not perfectly showcase the full potential of a student, but they do provide an insight that is helpful for colleges or scholarships.

Alternately, many believe that rankings do not help students; After all, many Liberty students have attended college, even some of the highest-ranked schools in the US, without having a ranking to use to get them into the school. And after graduation, who is really going to remember what rank people were or who the valedictorian was? The benefits of ranking might not outweigh the negative competition that they create.

“Instead of having class rank based on other people, it would be more beneficial to have a quantitative measurement of how much you personally have achieved.” — Caitlyn Croppi (News Editor)

It is true that there are drawbacks to the traditional system of ranking by GPA, but there are alternatives that solve some of these problems. Many like the idea of ranking based on weighted GPAs, that is, AP classes are on a scale of 5.0 and normal classes are on a scale of 4.0. This way, the difficulty of the classes you take plays a factor in determining GPA, and a person who did not challenge themselves but got straight A’s would not become valedictorian over someone who took harder classes and did not get perfect grades. Another alternative would be ranking by percentiles. Instead of having a number, like 5th, 48th, or 178th, students would have a percentile, ie top 5% of the class or top 50%. Ranking by percentiles might help to eliminate some of the competition between students, as many more students can be included in the coveted top 10 or 25%. A third alternative would be taking additional qualifications into account besides GPA and classes, such as extracurriculars or even home environment. These factors would be hard to quantify, and it would be difficult to determine which factors are important enough to be included, but it would help more well-rounded students rank higher. All in all, these solutions could provide rankings to students without fostering a system of competition that is too harsh.

The thrill of getting an acceptance letter from your dream school is like no other. The years of intense studying, no sleep, and tears have finally pa...

If you’ve ever taken a math test, there’s a good chance that you received it back and felt your stomach sink. Maybe it was because you got a 95% a...

My parents gave me “Harry Potter and the Sorcerer’s Stone” on Christmas Day of 2012. I was seven, two days shy of eight, and it was my first big...

Spring has sprung…and I wish it hadn’t

We are all familiar with the absolutely devastating experience of waking up on a Thursday morning and thinking it’s Friday, only to realize you have...

The Dilemma of College Board

(Disclaimer) The Press Perspective is an editorial written to express the opinions of all editors and staff writers on the Patriot Press. Each issue t...

Press Perspective*: Life, Liberty, and the pursuit of vaccinations

This was supposed to be the first year “back to normal,” but normal looks a bit different nowadays. In the Issaquah School District, there’s a n...

How fake is fake news really?

The Press Perspective is an editorial written to express the opinions of all editors and staff writers on the Patriot Press. Each issue the staff come...

Press Perspective: Is the eight-period schedule beneficial to students?

The Press Perspective is an editorial written to express the opinions of all editors and staff writers on the Patriot Press. Each issue the staff come... 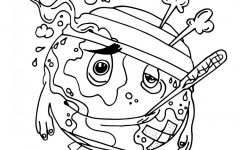