To university or beyond

Thinking about the future can be scary, and high school is usually the time when thinking becomes serious and dreams turn into plans. For most of us, it’s expected that our high school years are spent preparing for college and buffing up our resumes before we apply. 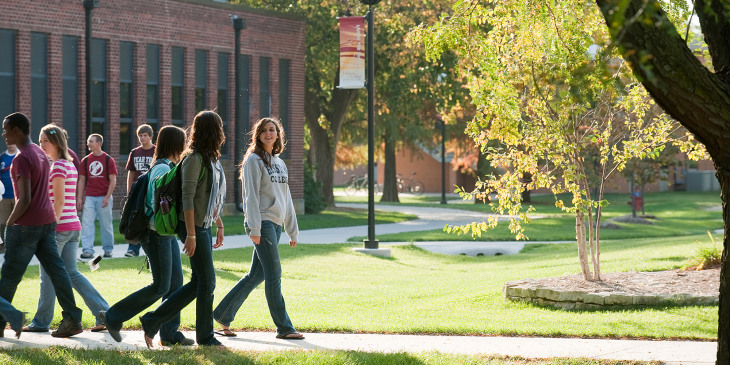 Thinking about the future can be scary, and high school is usually the time when thinking becomes serious and dreams turn into plans. For most of us, it’s expected that our high school years are spent preparing for college and buffing up our resumes before we apply.

College is often the most widely advertised post-high school option, but there is a vast array of different paths to take, from taking a gap year to joining the military to getting a certification and going to work. That’s not to say that attending a four-year university isn’t extremely beneficial—because it is. But not everyone is fit to spend their post-high school years at college.

Luckily, there are plenty of options.

Community college is usually acknowledged as being a suitable alternative to traditional university schooling, but there are far more benefits to these two-year technical colleges than just getting a degree quickly.

“The biggest benefit is the cost. Tuition at Bellevue College is much lower than at a university because you only pay for the credits you take rather than flat quarterly tuition. I’m saving a year of tuition by doing Running Start, too,” senior Anna Montague said.

While Bellevue College is no longer a community college, it still offers the two-year Associate in Arts (AA) degree that all community colleges advertise. Montague plans to get ahead with her college credits through Running Start in order to earn her AA during the 2021-2022 school year. Post-college, she aims to take a year off to create an online gaming presence on YouTube or Twitch.

“During my year off, I also plan to look at what kind of career I really want to have. I love geology, but I’m not ready to jump right in and commit to a degree program or university without some time to thoroughly research it,” Montague said.

There are plenty of different ways to utilize the years after graduation, but when it comes to deciding whether or not to attend a university, Montague offers some wise words of advice.

“Unless you are certain you want to go to a university, save the money and start with a community college. Take classes that will transfer to a four-year college so that you’ll be set if you decide you really want to go to university,” she said.

Still, with a solid plan for a career and no need for a full four-year college education, getting a professional certification may be a good route to take.

This was the path chosen by junior Christian Lamprey, who decided to take advantage of the Running Start program and get his auto-mechanics certification through Renton Technical College.

“I chose to go to Renton Tech because I wanted to do something different from the traditional path. I wanted to change it up because I don’t like sitting for long periods of time—I like doing things with my hands,”  Lamprey said.

Lamprey highlights an important factor to consider when deciding on the future: play to your strengths and interests, even if that means not attending college.

“To be honest, throughout elementary, middle, and now high school it’s always kind of been, like, I don’t want to go to a college. I know that for some people that’s just the norm, but I wanted to do something else,” Lamprey said.

Traditional college learning isn’t suitable for everyone, especially those whose talents lie outside of academics. When it comes to these cases, attending trade or vocational schools to earn job training or specialized schooling is often a better alternative.

Senior Sarah Bernhard chose the latter option and plans to attend a culinary school after she graduates this year. Most universities don’t offer the degree that she’s passionate about, and being able to further her culinary skills provided the best option for her career goals.

“Cooking is one of my greatest passions. After culinary school, I hope to save up money and open my own restaurant,” Bernhard said.

However, many additional factors also went into this choice. As with most students, attending a four-year university was expected and encouraged. But as someone who was looking for a specialized education path and was sure of what she wanted, this expectation was too much pressure for Bernhard.

“From a young age, we are told that going to a ‘normal’ college is the only option, but once you really look at it, there are a lot of options,” Bernhard said. “I had to decide if this is what I really want to do. Normally a degree can go into many other fields, but if I choose this one, I will be in the food industry for the rest of my life.”

Liberty culinary instructor Zarah Matsuda followed a similar path and joined a culinary arts program after high school also due to her passion for cooking. Although she didn’t have a set plan for what she wanted to do after culinary school, she has been able to accomplish everything she wanted to with her life so far.

“I think it benefits the type of person who has a strong idea of what they want to do,” Matsuda said. “If I invested all this time and money into a degree and didn’t end up using it, that would have been really hard on me. I knew it wouldn’t be a wasted skill or degree because I loved it.” 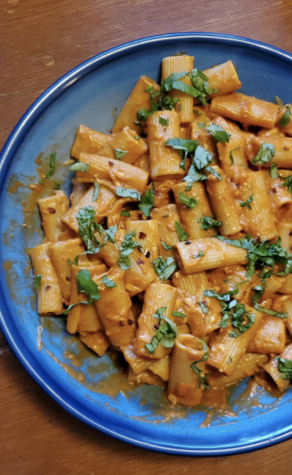 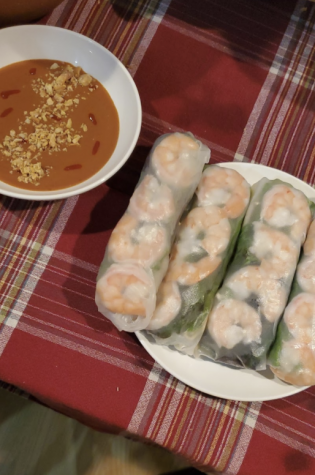 Pictured are two culinary dishes that Sarah Bernhard (12) has made. She loves to cook and spends a lot of her free time making various meals and dishes, such as the two featured, drawing inspiration from many different cuisines.

Sometimes, school of any kind isn’t something we’re ready for after spending so much of our lives doing nothing else. Not everybody is cut out to transition directly into a job, either. One option that opens up later opportunities while not being quite so confining is military service.

This might seem like a daunting option, but it holds several short-term and long-term benefits. It offers everything from a paycheck to an opportunity to travel to a way to develop leadership skills. The opportunity to meet new people isn’t something to be overlooked, either.

“Like with any organization, the best thing is the people,” naval science instructor Chief Matthew Spears said. “I have a group of friends that I served with in 2012 who I still keep in touch with.”

Of course, there are many variables to consider before deciding on the military. Spears acknowledges that reflecting on personal commitments, goals, and motivation is a necessary step.

“You have to have some self-discipline; you have to not panic and not freak out when somebody gets in your face,” Spears said. “There is a lesson behind everything that happens, and you have to be able to withstand and deal with certain things. If you can’t, the military is not for you—and that’s okay!”

If military service is a point of interest, there are lots of ways to get more information. Getting educated is important when it comes to such a heavy choice.

“Captain Deehr and I are available if any Liberty students have questions about joining the military that they can’t find the answer to,” Spears said. “Be willing to ask. You have two people in school who can help with this process.”

As with any other post-high school option, flexibility is key. Spears emphasizes patience and that just because you want to go into a job in a specific branch of the military doesn’t mean a job will be there waiting.

For most of us, this four-year high school journey has been spent trying to discover interests and figure out what we want to do in life. But some may not have found those answers by the time they graduate. In that case, taking a gap year can offer more time to find one’s purpose or focus on other responsibilities.

“You can use a gap year to try different jobs to see what you like, volunteer, or even travel. Traveling does not have to be super expensive, especially if you can visit family or friends in other places,” college and career specialist Kris Brown said. “You’d be surprised how much you can learn about yourself by trying out different things.”

A gap year allows time to explore avenues of interest, which is what Liberty High School class of 2020 alumna Olivia Scott has been doing post-graduation.

“I chose to take a gap year because I truly didn’t know what I wanted to do. I thought it would also be nice to just live life without the pressures of school,” Scott said.

The freedom that comes with a gap year also gives graduates time to develop as people before joining the professional world. While Scott has taken on new hobbies and explored temporary work experiences, she has also grown as a person in the midst of it.

“This has been an interesting time for personal development, creativity, and reflection,” Scott said. “But time can go by so fast, so my advice is to not get lazy. It’s easy to become used to staying home and not doing anything.”

During her year of exploration, Scott emphasized her focus on finding a job to prepare her for a future career. This is common among gap year graduates. As long as there’s a purpose for a year off, there are endless possibilities and opportunities.

“You can take different classes, meet a ton of new people, make connections, go traveling, build skills, and so much more,” Scott said. “Just make sure you’re doing new things and experiencing as much as you can!”

The pandemic and its impact

Another thing to keep in mind is that the world is a very different place today than it was a year ago. There are different factors to consider in the world of an ongoing pandemic that might not have been previously considered.

Already many students have been forced to change their post-high school plans due to the impact of Covid-19. In a study done by juniorachievement.org, it was found that “more than a quarter of teens say that their plans after high school graduation have changed.” Additionally, “more than a third replied that Covid-19 would change their expected living situation after high school graduation, and nearly as many say that Covid-19 is impacting their expected college starting date.”

The current world situation has led many teens to reevaluate their post-high school options. This is both out of want and out of necessity, seeing as many people lost their jobs when quarantine started.

Many teenagers are choosing to defer college and take a gap year, and some are even choosing not to go to college at all. Like Spears pointed out, it’s important to recognize that there is never one right course. Any path is a possibility as long as it’s in your best interests.

As Brown said, “What interests you? What do you think you would enjoy? That is the most important thing of all. The kind of life you would like to have is a factor too, but things change so much throughout your life. It really is about what’s going to make you happy.”