I’m not a Communist. I just want to clear that up before I get into Universal Basic Income (UBI). The topic has garnered much interest due to 2020 presidential candidate Andrew Yang, who made UBI the basis of his platform. While some write off UBI as “communism” or “free handouts,” the idea is much more democratic and necessary than it seems. 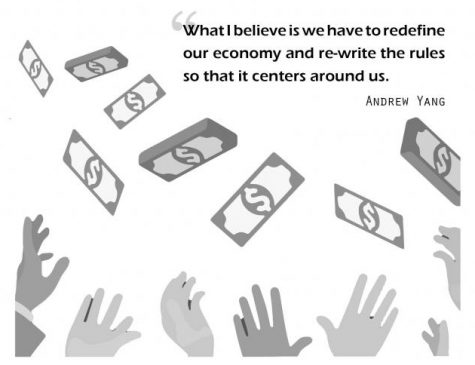 UBI is a social security program that offers each American citizen over the age of 18 1000 dollars per month—no regulations, no restrictions, and no requirements attached. Citizens already receiving government benefits would choose between current benefits and UBI. 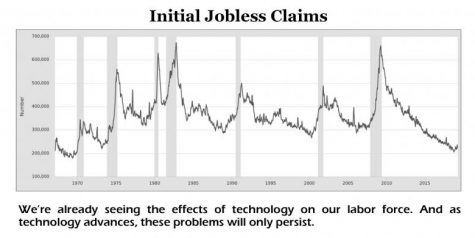 How do we know that UBI actually works?

UBI isn’t a new, drastic idea. It’s been around for awhile, and it’s been supported by great thinkers such as MLK. The following are classified as or resemble UBI programs.

The practicalities behind UBI

1. How would we fund UBI?
UBI would cost 1.3 trillion dollars. However, consolidation of welfare programs along with a Value-Added Tax (VAT) would cover the majority of the cost. Large corporations, such as Apple, typically stow away millions of profit overseas. However, a VAT would ensure that Americans would receive proper tax revenue.

2. Why don’t we just retrain workers who lost their jobs?
We’ve tried. And it just hasn’t worked. Many studies have found that efforts to retrain manufacturing workers have been ineffective. For instance, an analysis by Mathematica Policy Research found that Trade Adjustment Assistance recipients earned less than those who received unemployment benefits; moreover, only 37 percent with specific job training actually got jobs with in that sector.

3. Won’t UBI cause inflation?
Economists say that inflation occurs when there are changes in money supply. Because UBI is mainly funded by a VAT, it is using money that is already in the economy. Although companies may increase prices because of the VAT, competition and technological advancements would keep prices reasonable and balanced. Moreover, the government only recently gave four trillion dollars for bank bailouts and found no inflation.

4. Isn’t UBI communist?
No. UBI does not promote public ownership of property and does not create a classless society.

5. Won’t people become lazy and waste their money?
12,000 dollars a year is not a liveable income; people would still need to work. Most research shows that cash transfer programs only decrease working rates in new mothers and teenagers. Many studies found a rise in high school graduation rates, and some studies even show increases in working rates. A Harvard and MIT study found no increase in alcohol or drug consumption. The idea that the underprivileged would simply waste additional money is a stereotype that is not supported by data.

Still not convinced or want more information? Check out
yang2020.com / The War on Normal People by Andrew Yang 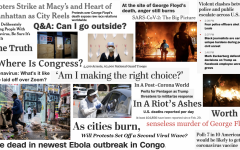 In a World of Chaos

5 Good things going on in the world right now

As we are all aware the last few months have been rough and the world is in an unstable place. But not everything is bad, there have been a lot of goo... 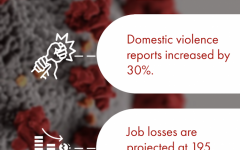 During these uncertain times, companies around the country are making difficult decisions in order to keep their employees working and to provide them...