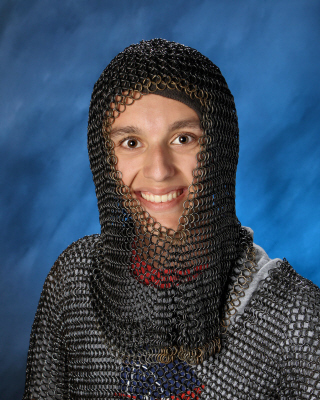 Class of 2020 member Dan Noble has had plenty of experience in Liberty extracurriculars, taking part in everything from robotics to band and video production to tennis. According to him, there’s a hidden gem of knowledge to be taken from each of them.

“From robotics, I learned that it’s not what you know, but who you know,” Noble said. His hard work in that club paid off too; while only joining his junior year, he quickly stepped into a leadership role, and was elected robotics club president his senior year.

“Robotics members were easily the smartest group of people I’ve ever met, and while I came in with absolutely no prior robotics expertise, I quickly absorbed valuable information,” Noble said.

According to Noble, hard work doesn’t just pay off in clubs and sports; it also applies to harder, more advanced classes as well. “If you’re willing to put in a little extra work, take an AP class in a weaker subject area for you and pay attention to your peers in class just as much as your teacher,” Noble said.

He’s seen the effects himself, becoming more knowledgeable in subjects that he’s worked on, and seeing his grades go up because of it.

“Practice and hard work is how I went from a C-essay student in Honors Lit my sophomore year to a 5 on the AP Lang test the next year,” Noble said.

And what are his plans after graduation? Keep working hard, this time at Northeastern University in Boston, Massachusetts, where he will major in Computer Science.

“College is going to be a clean slate where there are thousands of activities that I can discover,” Noble said. “I plan to hop around a lot in the beginning of the year, finding the groups of smart, talented, or otherwise interesting individuals around whom, and from whom, I can learn and make memories.”