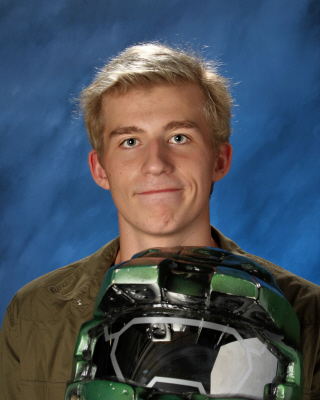 Warren Briggs: swimming towards the future

In 2003, one-year-old Warren’s family moved into a new house that had an exciting feature: a pool. To keep their kid safe, his parents started swim lessons, and that little choice set senior Warren Briggs’ whole future rolling.

After loving swim lessons and a few years in a summer swim team, he started asking to be put in a year-round team.

“I joined the Issaquah Swim Team, my first really competitive swimming experience, and it was a lot of fun,” Briggs said.

He didn’t start with any natural talent (I can say that as his sister), but the idea of hard work paying off and winning was enough to push him to put in his all.

“I consistently put in hard work, got on the grind and didn’t get off, and that’s how I am where I am today,” Briggs said.

Briggs eventually found what he was good at. In his fifth year of competitive swimming, he began to take off as a distance swimmer and soon moved to a new team: Seattle Metropolitan Aquatic Club.

Now a senior, Briggs was lucky enough to just barely be able to complete his last high school swim season before Corona struck.

On his last day of high school swimming, Briggs broke two state swimming records and was one second off of breaking a record set by current Olympic gold medalist Nathan Adrian.

He’s also within the top 25 in every race out of Liberty’s entire school’s swimming history and received an athletic scholarship for college.

But swimming is a lot more to him than just gold medals and a college scholarship.

“It taught me to be more regimented with time and to be more organized,” Warren said.

Warren will be taking these skills and lessons to the University of Pittsburgh next year in the fall (corona allowing). The sooner, the better, because then I get his gaming computer.