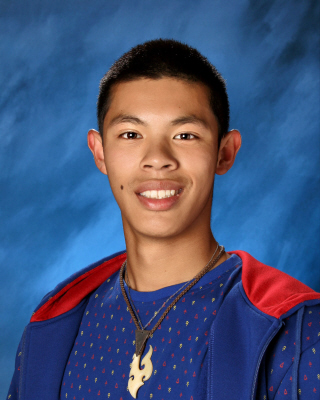 Due to his exceptional leadership and communication ability, Cadet Christopher Lew was selected as the Armed Drill Team Commander, the Unit Executive Officer and ultimately the Unit Commanding Officer during his senior year. As the Armed Drill Team Commander he led his team to their first ever Northwest Drill and Rifle Conference Championship qualification. As Executive Officer he played a major role in the planning and execution of the Unit’s new cadet orientation and basic leadership training camp. Both of these critical multi–day events had record breaking attendance and laid the foundation for an exceptional 2019-2020 school year. Specifically, Patriot Company achieved unprecedented success during drill meets, ultimately winning the Puget Sound Division Championship. As the Unit Commanding Officer he led Patriot Company through the unprecedented Coronavirus pandemic shutdown ensuring all cadets were successful by maintaining constant communication was maintained with the entire unit and that all cadets were kept apprised of NJROTC assignments and online classes. – Captain John Deehr