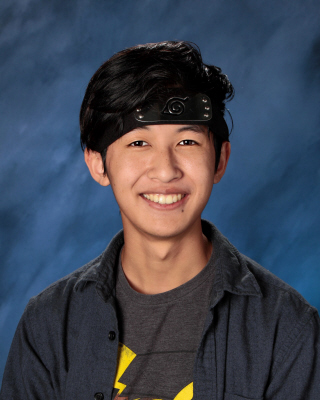 At some point or another, we’ve all been told to favor practicality. To give up on our dreams of fashion design or painting or building LEGO masterpieces and instead focus on a “real” job.

But senior Jonny Nhim decided that so-called “practicality” wasn’t for him.

“Honestly, I thought I’d be going to medical school until a year and a half ago,” Nhim said. “My parents are traditional. They wanted me to go into the medical field like my brother.”

Nhim never considered other occupations that would better suit his interests until a family member’s comment took him by surprise.
“I mentioned I wanted to be an optometrist and they asked me if I would be happy doing that for the next ten years of my life,” Nhim said. “I just kind of thought that over.”

Nhim had been drawing for nearly his entire life. Art had been more of a hobby, a way to pass the time, but suddenly, the opportunity to pursue a career that fascinated and challenged him opened up.

“That Christmas, I decided to get a drawing tablet. I turned my whole future around, but I was conflicted,” Nhim said. “My parents are pretty chill for being immigrant parents, but I really just want to try making them proud while also doing something I love,” Nhim said. “It took me a week or so of thinking things over to figure out how to tell them about my art.”

Growing up with certain expectations about life, however, gave him pause.

“Meeting your standards as well as the standards of others is rough when most of your family has achieved some measure of success,” Nhim said. “A lot of my family has sports scholarships or aspiring medical careers, or are just set financially.”

For Nhim, art was worth the risk of failure.

“My parents were a little rattled,” he said. “But I just showed them I was good at art, and they came around.”

Now heading to Digipen in the digital art and animation program, Nhim is glad he chose his passion over a traditional route.