Part Three: Of Pickaxes and Coal

“I live on Tiger Mountain near an old coal mine, so there’s a lot of coal up there. I thought it’d be funny if, for Christmas, I gave a big chunk of coal to a teacher and told them, ‘You’ve been naughty this year.’ That’s exactly what I did to Kennedy—I gave him a 150-pound piece of coal. I took a wheelbarrow two 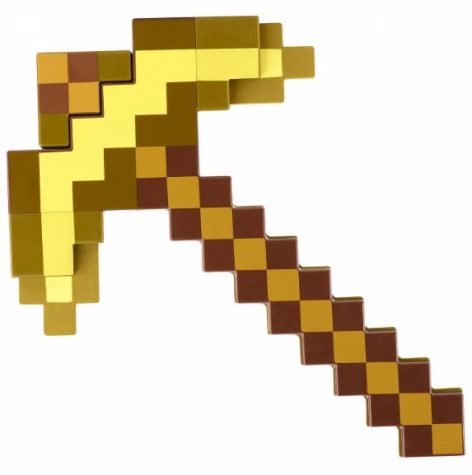 miles up the mountain, got the coal from a river, and hauled it back down. I put it in my car and brought it to Liberty, then Carter Cole and some other guys helped me carry it through the hallways and put it on Kennedy’s table. Carter also brought Kennedy a diamond Minecraft pickaxe to go with the coal. Kennedy wasn’t very happy. We squabbled for a while, then finally agreed on taking it out if Kennedy hung the pickaxe up in his room. A little while later some girl took it out of his class and sold the thing for $100, even though it was only worth about $1.50.
“As for getting in trouble, just remember the consequences for doing weird things. Ask yourself, “Am I really going to care about these things in a year or two years?” I do actually think before I do things. I do analyze the consequences, but if it’s worth it, I don’t really care.”